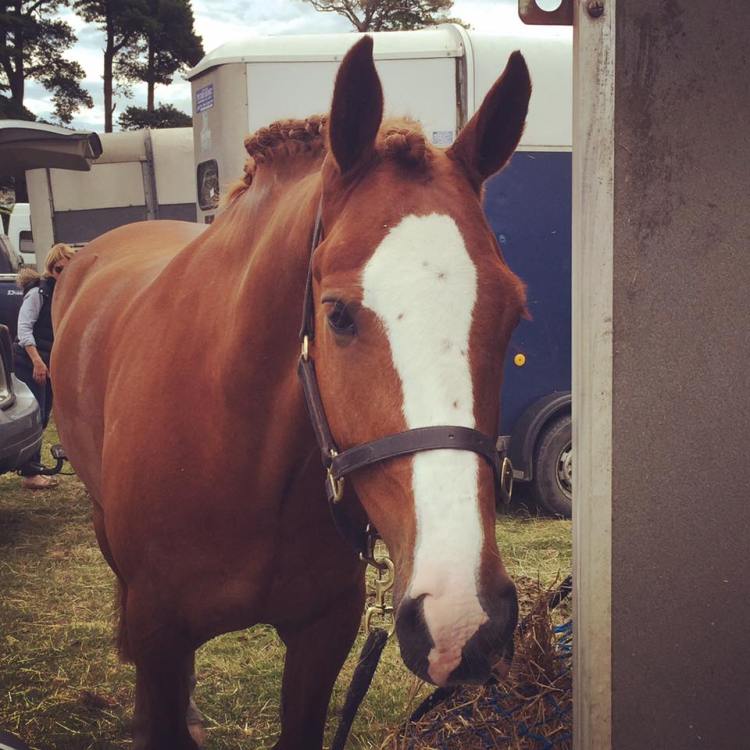 Why the national championships?

Goals are personal and what matters to each rider really does depend on their own experiences. For me, competing successfully at the National Dressage Championships has meaning because when I first started proper dressage training a few years ago it seemed ridiculously unlikely that I would ever be good enough to be able to do it.

The thing is I actually qualified for the nationals two years ago with Dolly. We qualified in novice and elementary and I had entered the dressage to music. Sadly it just did not go to plan at all. The horse, who was national champion two weeks before in another association was off form and we were at the bottom of the scoreboards. I had to withdraw on day two and go home early as there was no sense in continuing. I had travelled alone and knew about three people in the entire thing. I had booked a B & B which turned out to be so far up a boggy back road I feared I’d never be seen again and it had no wifi or phone signal. So all in all it turned out to be an incredibly lonely and disappointing weekend one which I hope never to repeat.

Last year, I qualified one horse in novice and one in prelim. I had stables and entries paid for and had organised to share a friend’s camper van. I bought all the bits and bobs needed to compete. A few days before hand I was clipping a horse I had done before without issue when she kicked me full force in the knee throwing me across a washbay. I was lucky to escape without a broken kneecap but ended up several hundred euro in medical bills lighter with a horribly swollen and bruised leg, two weeks on crutches and several bouts of physio. To crown it I couldn’t get any entry fees back either.  I went to the championships on crutches and I actually enjoyed it with lots of friends around to keep me occupied and medicated. I won’t lie though it was hard not to have my horses there with me.

So I guess you could say I am working on third time lucky! I want to go to the championships and feel like a contender. I also want to do the freestyle and to feel like girl at the end of Flashdance does when she finally gets her sh*t together and knocks it out of the park.

I have a personal issue of only ever being good at the lower rungs of everything. I feel like a jack of all trades and a master of none. I can show jump and cross country but only really at 90cm. I have done well at showing and side saddle but never at the bigger shows. I can write but not well enough to earn a living from it. I can bake and cook and organise events but I am average at best. It may sound stupid but it haunts me a bit and I have always had this overwhelming desire to feel great or above the average level at something. So given how long I spent riding at prelim and novice, elementary represents to me the opportunity to challenge myself to move up a step and try and deliver something more than I could before. I have a horse my trainer believes can achieve elementary and more so I need to make myself believe that the rider can do it too.

So recently we started training towards the next level. Having spent the last six months trying to get our canter under control we were deemed by my trainer as good enough to give it a go. Leg yield unfortunately was a complete mental block for me. I am terrible at it. Honestly you could put me on Valegro and god help him I wouldn’t be able to get him to do it either! It has taken weeks and weeks of practice to be able to ride something that doesn’t resemble a drunk horse. 15 metre circles are also my mortal enemy. I look forward to the day when they introduce 18m circles into test as I am great at those! Simple change isn’t simple.

However we gave it a go a few weeks ago at Marlton and entered Sammy into our first two elementary tests. The first, despite me nearly being sick beforehand between worrying about forgetting it or having no control, went okay and nothing went horribly wrong. The second, truth be told I entered to make myself do it as it is the highest one and throws the kitchen sink at you. You basically spend a year in canter doing circles, counter canter and simple change. Parts of this test went well and felt great. Parts were a little bit hairy in particular my not simple at all change. Eventually the results were in. My first test earned me a placing and a qualifying score of 66+%. My second test, shockingly I actually won! Ironically in the test I won I didn’t actually gain a qualifying score losing out by just 1%.

Stupidly at that show I had entered preliminary and elementary not realising that I can’t do both at the championships. So with two elementary and three novice qualifying scores to gain I entered Killossery two weeks ago. The horse felt a little flat in the warm up and I was worried about keeping him in canter. The test went what I can only describe as okay. We didn’t place but earned enough at 65%. My long arena novice test felt and apparently looked good so that was quite positive. My short arena novice started off well but the wheels came off in canter and we lost balance. Thankfully both tests scored enough and we took third and fourth place.

Last weekend we returned to Marlton. I had entered two elementary and one novice test. The first elementary was in front of a list 1 UK judge which was a little daunting! The test went okay apart from a leg yield off my bad leg which didn’t fire (I know now from watching the video that if I want him to move off my left leg it would help if I could keep my right one still!) and a gallop into canter which I have still no idea what the inspiration for was – luckily the next move was medium canter so I just kicked him on. My second elementary was a bit of a hot mess. It started out with some great trot work and descended into canter chaos. At one point every time I touched the reins the horse objected and he kept shaking his head. Back the the box he tried to roll and I realised I am an idiot. I put fly spray on my partners horse and none on my own and the poor horse had horse flies biting his neck. It was hot as hell on the day so going back into the ring for the last test wasn’t appealing. I had a horrible river of sweat rolling down my spine and while the organisers said we could ride without jackets mine was hiding a lovely patch of green a horse had slobbered onto me so that wasn’t an option. I didn’t do much warm up due to the heat but worked on getting the horse back on side in canter. The test itself felt brilliant and the horse felt at his best. Of course at that moment my brain gave up the ghost and I forgot the test! The judge called me over afterwards to say what a lovely person my horse looked like which really made my day. The results were in – my first elementary test gave me my final qualifying score for championships and a third place and my second elementary didn’t score as badly as I feared. I didn’t get the novice result until that night – despite my sat nav error we won with 72% our best score to date at novice.

So here we are qualified for novice and elementary. Truthfully I know we are not good enough yet for elementary but I never have an issue being the underdog. My canter trot transitions need work, my left bend and flexion are not behaving, my leg yield isn’t good enough and I can’t seem to use one leg without the other chiming in. My hope now is to invest time and money into training and work hard to be better and to be good enough to be a contender. I don’t think you can underestimate the value of hard work and I believe in the system now and how to use it to get the best from the horse. 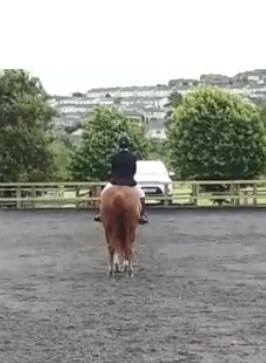 Finally, I appreciate that to some people caring about qualifying scores and championships might seem silly or competitive or unimportant in the grand scheme of things but this is my sport. This is my escape from the harder and more serious parts of life that everyone has to deal with. This is what I work really hard at a non horse job for to earn the money to invest in my passion in life. I compete against myself and I compete to improve myself and to remind myself that hard work can realise achievements both on and off a horse. A friend said to me last week – we are mad aren’t we? We put so much time and effort and money into riding on an animal for five minutes while asking someone else to write down their thoughts and tell us if we are any good and if we are lucky will go home with a piece of ribbon. Then we remembered that that’s what we love and that’s how we met – through chats on our horses in warm ups and giving each other advice online. Anyway, in the words of the chesire cat from Alice in Wonderland – “oh, you can’t help that, were all mad here”. 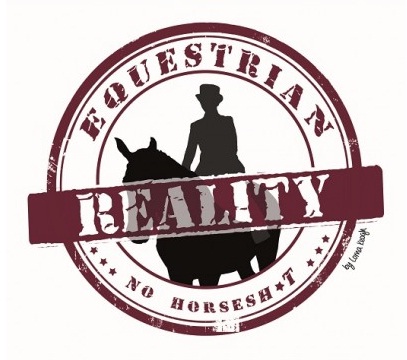