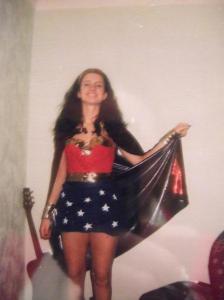 It really only dawned on me the other day. I’d been told the horse had been shod and had just nodded my head in acknowledgemnt that it had to be paid for (for the sake of not giving the non-horsey readers a heart attack I won’t say how much horse shoes cost but lets just say if you paid this much for your own shoes and had to throw them away after 6-8 weeks of wear – you would be p*ssed). Yet here I was in Penneys almost doing cartwheels at finding a pair of flats for €9 that would stay within budget and might make me look like an expensive lady for all of five minutes. If the horses loses a shoe – it is replaced and paid for no questions asked. If I lose a shoe – well actually thanks to the government practically taxing breathing the tragedy is I can no longer afford to go out and get drunk enough to lose a shoe anywhere. It has dawned on me – if this was Downton Abbey the horse would be the lady of the manor and I would be the upper class British equivalent of Cinderella.

The horse’s saddle fits her. Of course it does it was checked by the saddler and adjusted anywhere that needed a little less or more padding. Her saddle is always placed carefully on her back with a clean soft saddle cloth and a furry half pad just to make sure she is comfortable. The only thing I own myself that was custom fitted is my homemade wonder woman costume that was hand stitched and was more Blue Peter than Chanel. My work clothes are not specifically chosen to ensure comfort – they are chosen as they are a) somewhat clean b) don’t seem to need ironing c) haven’t been worn to the yard yet.

The horse has seen the back man every three months. Once in the vain hope that her being a lazy and grumpy git was due to being a little sore and not due to having something like equine rabies (it was) and most recently as I wanted to make sure she was in good nick before asking her to carry a side saddle (she was). Despite having a back condition I am not quite as diligent with myself. A bit stiff? Sure that’s why heated back wraps and ibuprofen were invented! Feeling a bit sore after a lesson? Ah sure it means you worked hard!

In fact the last time I did go to my back man was due to the fact that I had suffered from severe vertigo for a week despite taking prescribed medication from my doctor. While feeling lightheaded and dizzy might initially seem like fun after a week of feeling like a drunken pirate I honestly wanted to chop off my own head to stop the world spinning. Oh and for those of you wondering – no, actually getting drunk doesn’t cure it, I tried that! The horse also gets the dentist every six months for a check-up and a rasp. My own rule of dentistry is when the whiskey on cotton wool and diphene tablets stop working it might be time to admit this is more than just sensitive teeth  and actually book an appointment.

At meal times the horse is fed on a specific schedule and each meal is prepared to provide the exact supplements she needs. Her feed is balanced to give her enough energy while not putting on or losing too much weight. When the horse is brought anywhere this is planned in advance with hay nets for the trip and food on arrival. The horse does not call into the takeaway on the way home because it is late and she hasn’t time to shop let alone cook. The horse does not call a bottle of prosecco and a large popcorn a meal. She also doesn’t have an unhealthy addiction to the cheese melts in McDonalds….

In terms of turnout I think I might be failing on the human side of things. When we are attending a show the horse will be groomed until she shines and her mane will take about forty minutes to perfect. Her mane will be measured into precise equal sections, plaited down and then sewn into plaits. My own hair usually won’t have been brushed in at least a day and will be slicked back with a lick of the pound shop hair gel that has been in my grooming kit for years. It will then take about two frantic minutes to jam it into something resembling a bun with hair pins that have probably left indentations in my skull. For office attire a pony tail or plait is the best I can manage and I have given up using the straightening iron for nights out after last time when I burnt my legs because I tried to hold it between my knees when using my hands to fix my hair.

So men if you are reading this – stop talking about treating your woman like a princess. Treat her like a horse instead. She will be fecking delighted.

All content published on this site is my own original content. Please do not recreate in any form without my express permission. Thank you.

2 thoughts on “What Women Want – Treat Her Like a Horse!”